Forex Trading Regulation in the United States: Why There Are So Few Licensed Forex Brokers in America 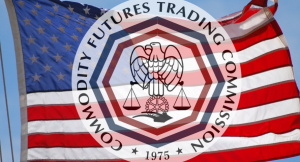 Once one of the largest markets for online foreign exchange trading in the world, the forex industry in the United States is now defunct as a result of aggressive regulatory measures.

A Brief Overview of Forex Broker Regulation in the United States

Boasting one of the largest client bases in the world, at one time the United States was the most lucrative market for online foreign exchange trading. One could argue that 2008 marked the peak of the forex trading industry in America, the major catalyst being the CFTC’s blessing of the NFA’s proposed $10 million capital requirements.

The subsequent capital hikes that followed sparked a rapid industry consolidation in the United States, with smaller brokers scrambling to either sell their businesses outright, or quickly liquidate their base of clients before the capital hikes took effect. The final blow to the foreign exchange trading industry in America came with the introduction of the outrageous $20 million capital requirements and accompanying reduced leverage rules.

As a result of this massive financial barrier to entry, there are now just a handful of legacy brokers still operating in the United States, allowing one to reasonably conclude that the United States is now a defunct region for online forex trading.

NFA & CFTC – The 2 Main Regulators of Forex Trading in America

There are two main groups that regulate FX trading in America, the aforementioned CFTC and NFA. We’ll first start with the CFTC, otherwise known as the Commodity Future Trading Commission. The CFTC is an independent agency of the US government that oversees the futures and options market in the United States. It’s worth noting that the CFTC has nothing to do with stocks. Securities, often referred to as shares, are regulated by a separate governmental body, namely the SEC (Securities Exchange Commission).

So where exactly does forex fit into all of this? Unlike other regulatory bodies across the world, forex doesn’t have its own seperate regulation in the United States, rather it falls under the umbrella of futures, which is why the CFTC serves as its regulator.

With this brief overview of the CFTC under our belts, let’s discuss The National Futures Association (NFA). The best way to understand the NFA is to view at as a type of “members only” club that all regulated forex brokers in the United States belong to.

At this stage a very good question would be:“what is the relationship between the CFTC and NFA?” The best explanation we’ve found comes from the Assest Management firm RCM Alternatives, who explain that “the CFTC writes the rules and enforces them for non-NFA members, and the NFA enforces the rules for its members unless the infraction is a large one.” In essence, all regulated FX brokers in America more or less must become members of the NFA and adhere to the membership guidelines. In the extreme case that a dispute cannot be resolved by the NFA on its own, the CFTC would then step in as the final authority.

Despite a lack of local brokers to regulate, the CFTC keeps itself quite busy. Pick up any financial news digest and you’d be hard pressed not to find a report about the CFTC leveling a fine against one group or another. Furthermore, the CFTC is unique in the sense that it will often extend its influence outside of the United States, working with the local government to enforce its rules, the case of JAFX being one of the most recent.

Given the above, we cannot emphasize enough that forex brokers should avoid targeting retail traders based in America. Not only is it illegal, this practice is highly risky. As we’ve pointed out the CFTC has no qualms about working with a local authority to stop brokers from soliciting their citizens.

What Does the Future Hold for US Forex Regulations?

The 2016 election brought about speculation that the Trump administration would deliver a more business friendly environment for the FX trading industry, especially as it relates to Dodd-Frank legislation. So far, though, we neither see nor predict any changes in the foreseeable future.

Based on everything we’ve outlined thus far, obtaining a forex license in the United States is extremely cost prohibitive and doesn’t make financial sense as the opportunity cost of holding $20 million in capital is simply too high for the potential return. From our perspective, those looking to launch their own brokerage should consider obtaining a forex license in any of the other jurisdictions available around the world and rule out the United States as a potential jurisdiction.

We are happy to assist those looking to grow a client base in the United States via our network of licensed, introducing brokers. Furthermore, we can also help existing introducing brokers, or FX brokers based outside of the United States with obtaining an Introducing Broker license in America. From our standpoint, an Introducing Broker license in USA is a far more cost effective approach than establishing a fully licensed business.

To learn more about either becoming an introducing broker in the United States or exploring our network of licensed IBs, don’t hesitate to contact us today.