Bitcoin: What Is It, Where Did It Come From, And Why Did It Crash?

Bitcoin is an innovative, decentralized Internet currency that has no issuing institution and is independent of banks and governments. This currency, knows no limits, it’s available wherever there is Internet (or mobile phones). Bitcoin is a currency that you can instantly send anywhere in the world, bypassing banks and intermediaries and thus costly commissions and limits. In fact Bitcoin is more than a currency, it’s a technology. This technology was invented in 2008, and released in 2009 by Satoshi Nakamoto. 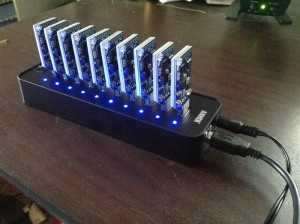 So if noone issues Bitcoins, where do they come from? Bitcoins are “mined”. Mining is a very technical, however not very difficult process, basically BTC are randomly generated as rewards for a user’s’ contribution of computational power to the BTC network.

If Bitcoin is so old, how come I never heard of it until last year?

Due to it’s decentralised and untraceable nature, BTC gained the name “Hacker Currency”, and was mainly used by a select amount of users in illegal black market transactions. But since 2013 the currency has gained a lot of media attention and a plethora of online services and traditional businesses began accepting the cryptocurrency as a valid form of reimbursement for goods and services.

As the news started spreading, Bitcoin ignorantly entered the second and third phases of a textbook market bubble, falling into a bear trap in Q1 of 2014, followed by an enormous rally in Q4, peaking over 1100 USD per BTC. It came as no surprise that all the stories of thousands of dollars earned trading Bitcoin, caused masses to also “want in” on the magnificent market. All this sudden demand showed that Bitcoin was not capable of handling such volumes, and the bubble burst, crumbling the price to just half in under a month and down to $200 as of Jan 2015. 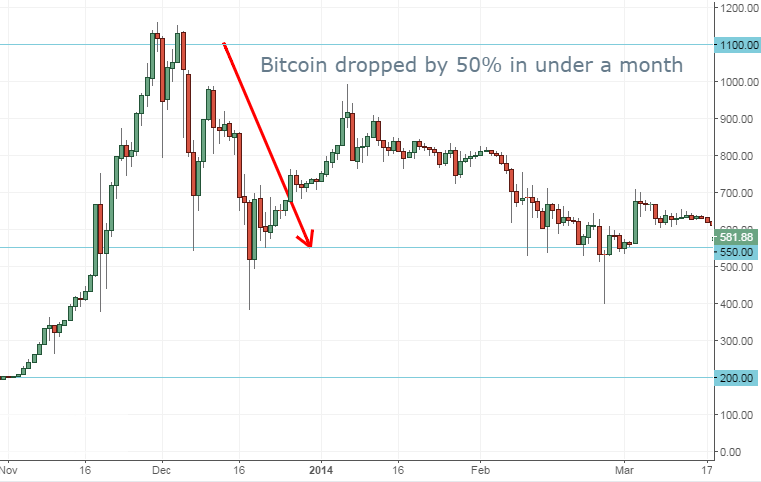 The future – Despair And Return

Take a look at Dr. Jean-Paul Rodrigues’ bubble model from 2008: 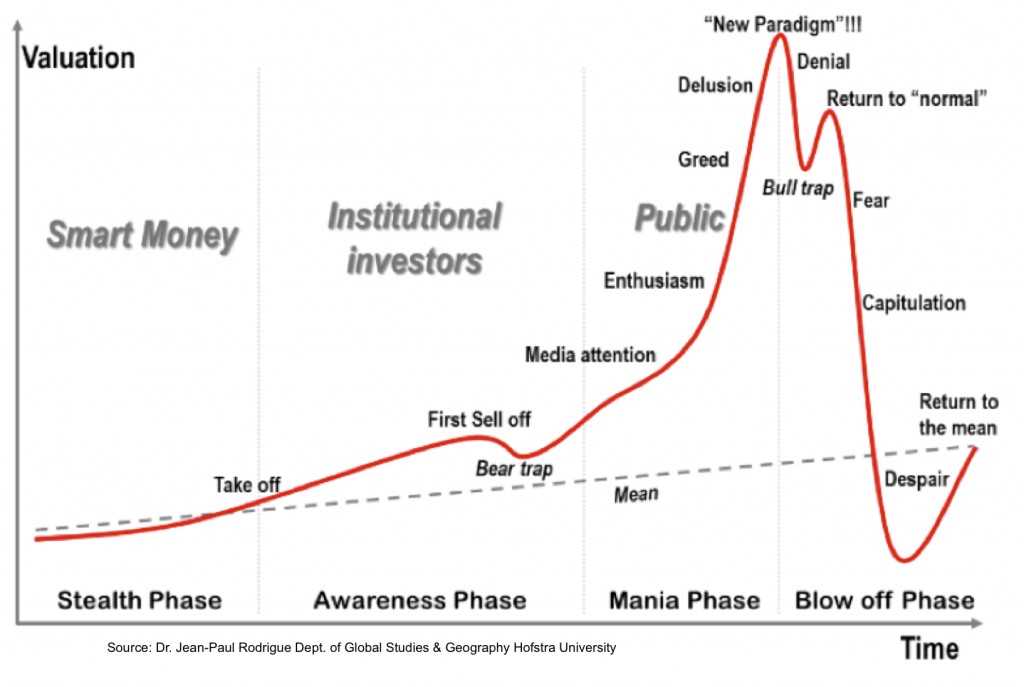 And then compare it to a monthly chart of BTC/USD:

Just like many other stocks and commodities, Bitcoin is following a bubble trend, which would ultimately lead to the price returning to it’s initial mean value and trading steady from there.

Keep in mind though, that despite being independent of governments BTC is not immune to their actions.  Possible Bitcoin  failure scenarios include devaluation, decreasing global user base or government sanctions. The Currency is already illegal in 5 countries including Russia and China and many more are discussing the matter.

As The currency, or rather technology, is still being developed It’s future is still unclear, however it is certain that there is room for such a currency in our world, some might even say it is necessary.