Bitcoin – How Do I Start?

The Bitcoin system works as a ledger, where every user is identified by a unique address that keeps track of which user owns which value. But what if someone got access to this ledger, could they not cheat, and add more value to their address? They could, and that is why there are tens of thousands copies of this ledger distributed worldwide. Before a bitcoin transaction is realised, all of these ledgers must confirm that the requested amount is available. After a transfer is complete, the ledgers are updated with the new balances.

Bitcoin addresses are usually 34 characters long, and consist of random digits, uppercase and lowercase letters. To prevent visual ambiguity, the letters “O”, “I”, “l” and the number “0” are never used. That gives almost one and a half quindecillion possible combinations (a quindecillion is 1 and 48 zeros). To put that into more “reasonable” numbers, it means that every person on the world can have 200 billion billion billion billion different accounts!

These addresses are referred to as wallets, and you can generate one for free on one of the many online services offering bitcoin. So once you have a bitcoin wallet, how do you actually obtain bitcoin? Well you could ask someone to send it to you. Don’t know anyone who owns bitcoin? Not to worry as another group of online services can be of assistance, by allowing the exchange of your physical money (Euros, US Dollars, etc.), to BTC. Don’t want to pay for bitcoin? Mine it! 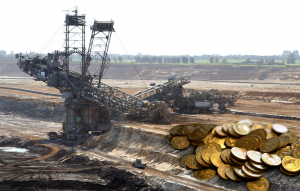 Bitcoin mining refers to running software on your computer that executes complicated mathematical operations for the bitcoin network. Remember all those ledgers that needed checking? Once your computer successfully solves one of them, you are awarded a random amount of bitcoins. Sounds simple enough, right? Don’t get your hopes up just yet, there are clusters of computers, and supercomputers on the network that can achieve this task much faster than your home PC or laptop, so it might take quite a while before you earn anything, while in the meantime you have been wasting electricity. How do you compete with these server farms? Team up! Join a mining group. In a mining group you will only receive a portion of the payout, but you are more likely to get it, so in the long run, this option is the best.

Now that you own some bitcoins, what can you buy with them? The short answer is anything. From mp3’s, books, games to electronics, tv’s, computers and even cars and houses! Many online and conventional business accept bitcoin as a fast and simple payment, and an increasing number of people are willing to trade their chattel for bitcoin. Another, not-so-obvious, answer is trade it. If you read our previous article on the history of bitcoin, you know that the price of bitcoin has fluctuated quite a lot since its inception.  Just to give an example, ca. 2010 a man spent 10,000 BTC for two pizza’s in one of the first bitcoin transactions recorded. If he had held on to those bitcoins, he would now be able to buy that aforementioned house! 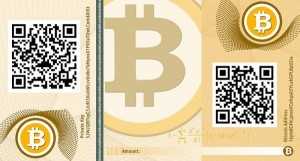 But you already have a physical wallet, you have a bank account and a credit card, so why go through all these shenanigans to use bitcoin? The reasons are plentiful, but the biggest one is privacy. Bitcoin is anonymous and secure, no government or organisation can spy on your account. In addition, it’s cheap. You are your own bank. There are no fees, charges or limits. It’s global. Everyone uses the same currency, and you can transfer it anywhere in the world instantly, for free. And last but not least, it’s the future.